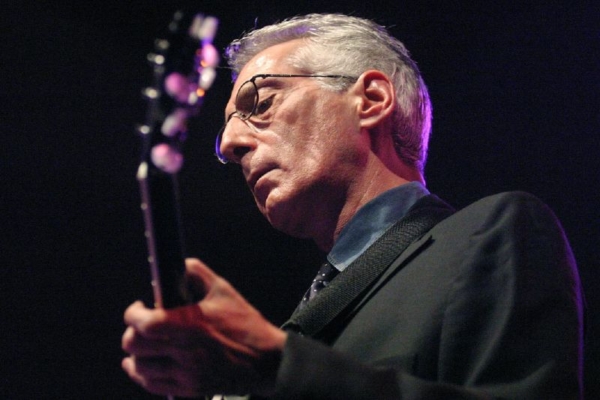 I am posting this 2013 interview with Pat having just heard the very sad news of his passing earlier today at the age of 77, following a two-year battle with respiratory illness. Pat was, as many of you know, a world-renown jazz guitarist and widely regarded as one of the greatest guitarists and jazz musicians that ever lived. He completely redefined the way the instrument, and jazz on the guitar, could be played. He has resided at the highest echelon of his craft for many decades and was, and will continue to be, a tremendous inspiration and influence for all musicians for all time. The interview is posted in Pat’s voice.

I was very lucky to have had the opportunity to study with Pat for three months toward the end of 1978 at his apartment in the West Village, on Jane St. just west of Hudson St. I had been a huge fan for six years at that point, having heard his truly phenomenal rendition of “Sunny” included on the Pat Martino Live! Lp released in 1972. I’d also seen him live a few times at the Bottom Line and each time the experience was nothing short of transcendent.

When I called him to do this interview, I said, “Hey Pat, how are you doing?,” and he said, “Great! How have you been?” I said, “I’m good…you know, trying to learn how to play the guitar.” To which he responded, “Join the club.” I miss you already Pat–your brilliant light will shine brighter with each passing day, month and year.

Groove Yard was released in the very early sixties [1961], and I had already met Wes Montgomery, and his brothers Buddy and Monk in 1958, when I was fourteen years old. There were two places in South Philadelphia–establishments that were authentically “jazz”—Peps and the Showboat, at which the Montgomery Brothers, Art Blakey, Duke Ellington, Count Basie and quite a number of top shelf jazz artists such as these would perform. I often listened to the jazz DJs Joel Dorn and Sid Mark on the radio station WDAS, and that’s where I first heard Groove Yard. I was totally scooped up into it.

My father went right out and bought the album for me, and I quickly began to absorb it until, finally I had worn through three copies of it! It was the first Wes album I ever owned. I would sit with my guitar while listening to the record, lifting the needle over and over and over trying to cop the licks in his solos, till each record was worn out completely.

As opposed to Groove Yard, which was a Montgomery Brothers album, this was a Wes solo album—his first—and on this record, one can hear his own distinct identity as an artist. I was carried away by this record, which includes the great Wes tunes “Four on Six” and “West Coast Blues.” Next was Boss Guitar, the trio with Melvin Rhyne on Hammond B3. That particular album is just exceptional in terms of dexterity, and in terms of the rapport within the trio. To this day, that record really rings a bell in terms of being a major accomplishment in Wes’ career. From there, I just went right on down the line until I got tired of listening to guitar players!

Hearing Groove Yard and The Incredible Jazz Guitar of Wes Montgomery pointed me in the direction of Riverside Records, and on their menu were other jazz artists like Cannonball Adderley, Bobby Timmons, and so many different artists of that time that were overwhelming at the cutting edge of what was referred to as “jazz.” This exposure brought me in so many different directions into what was for me a completely different realm of communication.

This is something that diverted my creative senses away from the guitar and into other realms, which is something that is still in play in my life, every single day. I get the impression from many musicians that their source points for stimulation are often confined to music, and within that, many retain a focus that is confined to a specific idiom and even to a specific instrument within that idiom. That concept is one that, to me, represents “confinement” in itself, and it’s difficult for me to understand the intentions that I had as a child, because, at that time, I was subject to that same kind of singularity of viewpoint, which was simply jazz guitar, or bebop, or jazz avant-garde, jazz this, jazz that. That viewpoint leaves out classical music, blues, pop, country and western, world music and so much more.

Later on in terms of my own pathways, all of those musical styles offered a much broader perspective. Once that began to happen, this more panoramic view became singular as well, due to the fact that there are so many other worlds of creative productivity to explore, such as in fashion, technology, the evolution of communication, and literature.

The Upanishads offered to me an insight into spiritualism. It is very similar to biblic exposure. It is a work about Indian-Hindu spiritualism, which has a great deal to do with the chakras, and the ignition of different points of realization towards ultimate consciousness. Another good example would be the works of Ekhart Tolle, author of The Power of Now and A New Earth. Music is a really wonderful medium. It emphasizes sensitivity in the midst of chaos, and it amplifies sensitivity, which leads to decisive moments for the individual.

I had the opportunity to meet Elliott Carter through the keyboard player Ron Thomas, who was playing with me around the time of my [1972] Live! album. Ron Thomas was a classical composer who had a deep interest in gaining some insight into jazz. He also introduced me to Karlheinz Stockhausen. Elliott Carter was hugely influential to me at that time in my life. All of Carter’s compostions are absolutely exquisite, but one of my favorites is the Louisville Symphony Orchestra recording of Variations for Orchestra on the Columbia label. It’s very difficult to find. That was the first of his compositions that effected me deeply. Another is his Double Concerto, written for two orchestras that play simultaneously, one on the left and one on the right, and on the left was a harpsichord and on the right was a piano, and as the piece was evolving, one’s focus moves from the right to the left, and the left to the right. These concepts, in terms of musical architecture, were mind-blowing to me at that time. It really affected my perspective on music. I also really enjoyed Stockhausen’s Mantra, performed on “prepared” piano. Ultimately my attention was brought to other modern classical composers such as Iannis Xenakis, George Crumb, Samuel Barber and others.

This album was recorded with a big band, featuring Eric Dolphy on reeds along with Coltrane. Music has the power to project images to one’s imagination, and the emotions that are embodied in the structure of “Africa” are so spacial, and basically go down to the roots of the human experience, down to the raw elements within ourselves. It was astounding when I first heard it.

Mingus composed so many pieces that had a great affect and influence upon me. “Black Saint and the Sinner Lady.” I entered the cultural environment of this music when I began to play in Harlem at the age of 16. I was hearing and feeling the people that I had experienced previously when listening to their recordings, and their devotion to life itself was apparent in the music they composed and performed, in terms of how serious and how separate that particular form of art was from other musical forms. For me, it was a significant find. My motivations were not based on “making it big;” it had more to do with gaining insight into a culture, an environment, and individuals who were prone to communicate in their own unique way within this environment, and I wanted to participate in some way.

Eldar is our current Erroll Garner or Oscar Peterson—incredible technical ability and accuracy–but he’s even greater than that in terms of offering a greater panorama of musical expression. He’s very gifted.

Nelson Veras is a young guitarist now living in Paris, originally from Brazil. Nelson is a formidable artist, a great, great player with beautiful intervallic sensibilities. Just a beautiful artist and a fabulous guitarist. He impressed me from the very beginning, and I’ve kept track of his incredible development. One day, his manager contacted me and asked if I’d be interested in writing the liner notes for one of his albums, and I did.

I designed this guitar along with Bob Benedetto. He gave me the room to tell him what I wanted and exactly how I wanted this guitar to be. Ultimately, it is different from any of his other models, and I love it. It’s a beautiful instrument that is a work horse, it’s been on the road with me constantly since I began playing it a little over two years ago. Its gorgeous, it’s balance is exquisite, and it’s held up. Many instruments look beautiful, but when you take I to the airport and travel, it will come out the other end dilapidated.  This one doesn’t! 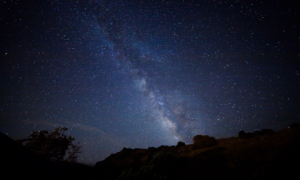 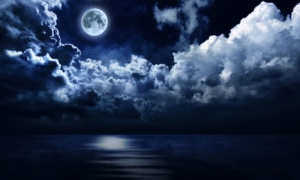